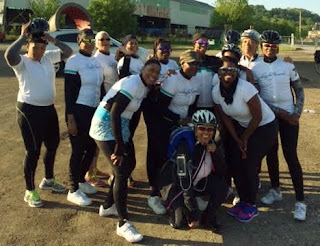 Wanted to let you know that that the ride to Cumberland Md was a success and we had 16 women ride from Pittsburgh, PA.  May 22-25, 2015. The Cycle Femme shirts were worn on the first day and they helped us to ride unified.  They were stylish and comfortable.  And we looked good too.

Thanks for all you assistance and helping us not only feel good about our ride we were the best looking cyclist on the trails!
S. Jones
Group Leader

So happy to hear your ride went well and that we could play a small part in making that happen. Hope to see the group doing another CycloFemme ride in 2016! 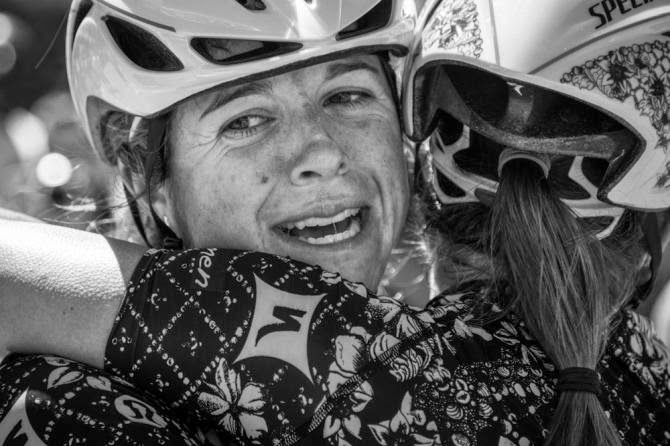 New organizers of the Philadelphia International Cycling Classic, G4 Productions, are putting the final touches on the newly upgraded women's World Cup and the men’s UCI 1.2 events that will be held on June 7 in Pennsylvania.

Robin Morton, the event’s technical director and a founder of G4 Productions, noted that some of the changes to this year’s races included lengthening the women’s race and shortening the men’s race.

The races will follow the same course design as it has during the previous two years with the start-finish line at the top of the circuit’s main climb on the Manayunk Wall, and follow a 19.2km circuit that includes climbs over Lemon Hill, Strawberry Mansion and flat sections along Kelly Drive.

“We shortened the men’s race because of the time frame that we have to work with,” Morton told Cyclingnews. “We only have from 8am to 4pm and we really didn’t have any leeway in terms of extending the day.”

Morton acknowledged the possibility of a return to the old start and finish area along the Benjamin Franklin Parkway, where the finish line was located just a few hundred metres away from the stairs to the Philadelphia Art Museum. Throughout the history of the event, that finish line was used 19 times during the women’s race, and 28 times for the men’s race. The flat and fast run-in catered to many bunch-sprint victories, with the exception of a few occasions where breakaways succeeded.

“That has been discussed,” Morton said. “Obviously it’s the money shot right there on the Parkway. That’s also where the Philadelphia Marathon starts and finishes. It’s a venue that is really identifiable with the city, and so I know that they are considering it.

“We were kind of in a crunch-time this year to get things done. The UCI liked the course, they think it’s more selective, so for this year, especially with the World Cup, we figured that we would just keep it as it was, and see what happens next year.

In 2013, new organizers moved the finish line to the top of Manayunk Wall, and for the past two editions it’s been well-received by the community and has made for a less predictable outcome.

“While the Parkway, used for the old course, really had an expansive and European-looking finale in front of the Art Museum, a classic Champs-Élysées feel, this one is a bit more dynamic and selective,” Morton said.

Evelyn Stevens and Kiel Reijnen have won the women's and men's races, respectively, for the last two editions.

The women’s race in Philadelphia was registered as a World Cup from 1998 until 2001, as the Liberty Classic and then downgraded to a Category 1 event until this year. It was announced last December that the race would be added back onto the World Cup calendar, thus increasing the series to a total of 10 rounds.

The upgrade happened largely through the effort of Vice President of Marketing at ASI Karen Bliss, who discussed the idea with Mayor Michael Nutter and his wife Lisa, both cycling enthusiasts.

“In Karen’s meetings and conversations with the Nutters, they decided that this was something that the city wanted to do,” Morton said. “They felt like this time around it would be the only World Cup in the Americas. [A women’s World Cup was also held in Montreal from 1998-2009, -.ed]

“The UCI was very receptive to the race, while the start-finish might be different, they still know the course, what our organization is about and the city of Philadelphia. It didn’t take a lot of convincing. Everyone knows that the UCI is very focussed on women’s cycling right now, so I think it was kind of an easy sell for them.”

The upgrade also means that the organizers are limited as to which teams they are permitted to invite. Morton said that they are expecting a field size of about 120 to 150 riders. The first invitations would go to the top 20 UCI ranked teams from the provisional list at the end of the 2014 season. The spots available after that will be supplemented with top-ranked national teams, and, if the UCI agrees, other UCI teams.

News of the women’s World Cup has been well-received by the world-class women’s field and in general by the cycling community in Philadelphia. However, organizers are not allowed to invite amateur or club teams, which will likely leave some riders disappointed not to be on the start line.

“No local or amateur teams can race,” said Morton, who recognized that the event has traditionally played an important role in the development of amateur riders.

“It’s a big race on the east coast for a lot of elite teams and club teams. We will try and take, at a high level, as many of those teams as we can get into the race, that’s always been my objective because it is a showcase for teams. A lot of both men and women riders have gotten on bigger and better teams by virtue of their performance in Philadelphia.

“The women’s racing has been really exciting, really great racing, and I think it’s been really well received. Unfortunately, there are going to be some riders that are disappointed that they aren’t able to race.”

Author: Kirsten Frattini
Posted by Long's Cycle at 7:27 AM No comments: 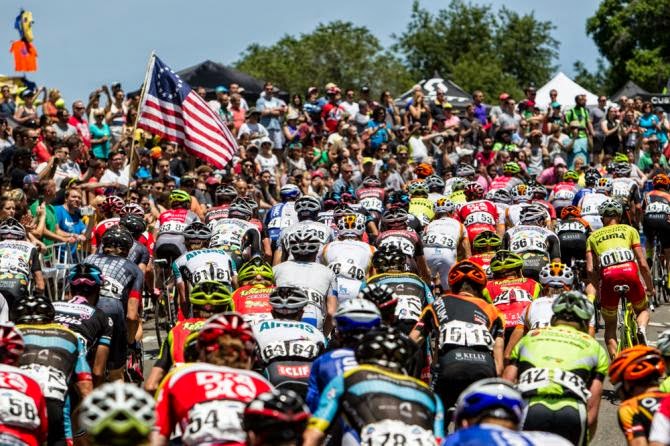 "Effective immediately, Liberty Sports Development is no longer involved with the professional bike race in Philadelphia. The City has decided to take over full financial and operational responsibility of the event," said the Adler/Morrison email.

Adler also confirmed that Liberty Sports Development withheld funds, with sources suggesting the amount to be $200,000, from the city when they heard of the request for proposals, explaining that "the city went radio silent" refusing to return phone calls and e-mails.

The City of Philadelphia announced further details of the 2015 edition of the race which will be known as the Philadelphia International Cycling Classic and will be run June 7.

"Philadelphia has been home to one of the nation's most thrilling and competitive cycling races for 30 years. I am overjoyed that our great cycling tradition is continuing as the Philadelphia International Cycling Classic and I am looking forward to G4 Production's operation and focus on spectator and participant experience in this year's race," said Philadelphia Mayor Michael Nutter.

Both an elite men's and women's race will be held with confirmation that women's event will be the first Women's World Cup event in the US since 2001.

"Philadelphia's 30 year history of producing this amazing one-day cycling classic is tremendously important to the nation's pro cycling community and to USA Cycling," said Steve Johnson, President and CEO, USA Cycling, in a statement. "Notably, the equal prize money given to both the men's and women's winners is almost unheard of and helped the city stand apart when the UCI was planning the 2015 Women's World Cup."

New race organiser G4 Productions is run by the race's director the last two years, Robin Morton. In her time as race director, Morton reconfigured the course with the start/finish line at the Manayunk Wall.

Morton is the only female race director in the race's history which was first held in 1985.

Having planned to continue the growth of the race, Adler and Morrison added in their email that they wish the city well and thanked friends, sponsors and supporters for the last two years.

"We were fully devoted to continue growing the event for the future. Unfortunately, with only four months to go, the City has made this decision, effectively removing us from the event," their email read.

"We could not have accomplished so much over the past two years without your support and like-minded vision. For that, we thank you."

The California Coast Classic Bike Tour is a scenic bike ride that takes place over 8 days and covers 525 miles along the coast on Highway 1. The Tour starts in the heart of San Francisco and ends on the iconic strand of Los Angeles. The "CCC", as it is affectionately known, is a full-service ride which provides the framework for one of the most incredible experiences of a lifetime. We welcome beginners to experienced cyclists to enjoy the coastline's famous wineries, lighthouses and beaches. 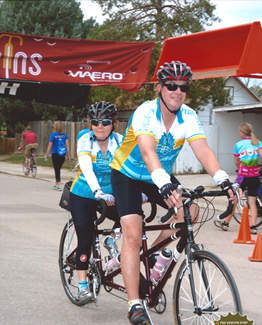 
The picture above was from the last time Karen was on a bike.  After that ride her back issues got much worse and on December 19th, she had back surgery due to her arthritis.   Days later, we were asked to Join Team “Grey Hares” for the Arthritis Foundation’s 15th Annual California Coast Classic Bicycle Tour.  This charitable bike tour will be raising funds to support arthritis research and community-based education programs. We felt it was a great cause. We also felt that it would be good motivation that might help with her recovery. So we said yes.  Please help us meet our minimum goal of $6,200, any donation you're able to make would we greatly appreciated and will go to a great cause.

For info of the event and how to donate can be found on the following links: 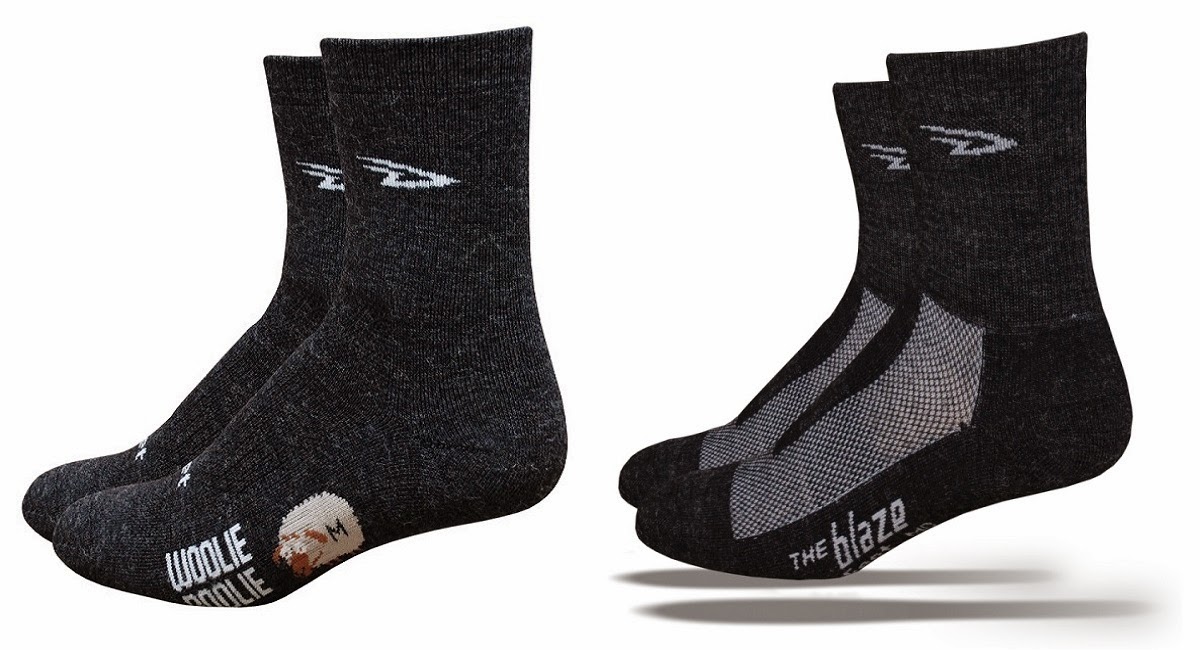 Merino 'Woolie' Specials
Save 50% OFF Retail

Blaze Woolie
ONLY $6.99 (Retail $15.99) The Blaze™ Woolie is a jack of all trades, master of none. We have witnessed this sock enjoying widespread use at events like Cyclocross Nationals, MTB adventure races, turkey trots and New Years Day marathons. There are athletes who do all of those events and use the same pair of Blaze™ to do them. The go-to athletic sock.

Woolie Boolie
ONLY $6.99 (Retail $15.99) The Woolie Boolie™ line is a lesson in four-season, all-around versatility.  They are loved by all who have been fortunate enough to own a pair. Long before wool became so trendy, we birthed the Woolie Boolie™. Old Molteni jerseys had long been mothballed. Army Surplus wool pants were undervalued and plentiful. Grandpa’s wool sailing sweater and itchy underwear had been digested by Goodwill for at least a decade. The DeFeet® Woolie Boolie re-ignited all of the great memories of wool products past - and brought back none of the shortcomings. Itchy? No. Trusted companion on the most severe missions we go on? Yes. If a pair of socks has ever gotten close to having a true cult following, it’s the Woolie Boolie, and you will be proud in the fact that it's knit with the finest, all-natural American wool that's born and raised within the Rocky Mountain regions of USA.